Chiswick Churches for Justice and Peace (CCJP) held a public meeting on 17th October as 4th in its “Peace in War” series on the centenary of the Great War. This year’s theme was ‘Hope for Peace in an Insecure World’. 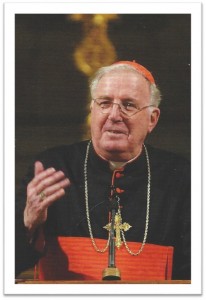 The event marked the death of Cardinal Cormac Murphy O’Connor who was to have spoken along with journalist and broadcaster, Peter Oborne and Celia McKeon. The talks by Peter and Celia, were complemented by readings from the Cardinal’s memoires and the 2017 New Year Peace Message of Pope Francis, read powerfully by actors Clare Byam-Shaw and Ewan Stewart.

The readings extracts from Cardinal Cormac Murphy O’Connor’s memoirs, An English Spring, reflecting his non-violent message and his comment “There will be no peace in our world without justice” alongside moving statements by Pope Francis in his 2017 New Year Message, “Nonviolence: a style of politics for peace” were powerfully read by actors, Clare Byam-Shaw and Ewan Stewart. A few paragraphs from those readings follow. 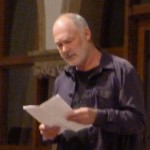 In his memoirs, An English Spring, the Cardinal reflected on the attack on the World Trade Centre and the decision to invade Iraq in 2003. He wrote:

An issue that touched almost all of us, directly or indirectly. It was the war in Iraq, which finally began, after several months of mounting tension, with the invasion of Iraq by the armed forces of the United States, the United Kingdom and their allies in March 2003. Like many others at the time, I thought and reflected deeply on the morality of the war. In the period during which a military attack on the Saddam Hussein regime was being considered, I asked three distinguished Catholic public figures, a distinguished retired chief of defence staff and two civil servants, to help me make up my mind as to what might be the right thing to say or write.

My mind went back to the general synod of bishops that had met in Rome shortly after 11th September 2001. Bishops from every quarter of the globe immediately conveyed their heartfelt sympathy to the bishops of the United States, and through them to the American people, at the appalling loss of life in the attack on the World Trade Centre. I was struck, though, by a recognition that for many of the bishops in the developing world, conflict and war, and the atrocity of the unnecessary and avoidable loss of life through poverty and disease, were matters of everyday life.

So my personal instinct was that the best response to the atrocities in New York was not to put our energy and resources into a ‘war on terror’, as it was being called. I was concerned that military intervention would set the Arab world against the West, and undermine the already slender hopes for peace between Israel and the Palestinian people. What we needed was not a war on terror but a war on its underlying cause. There will be no peace in our world without justice.

I rang Rowan Williams. We found ourselves on the same wavelength, and in the days leading up to the invasion we issued a joint statement reiterating our doubts about the moral legitimacy as well as the unpredictable humanitarian consequences of a war with Iraq. 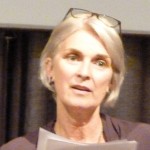 His Holiness Pope Francis, for the celebration of the Fiftieth World Day of Peace, 1st January this year:

I would like to reflect on nonviolence as a style of politics for peace. I ask God to help all of us to cultivate nonviolence in our most personal thoughts and values.

In the most local and ordinary situations and in the international order, may nonviolence become the hallmark of our decisions, our relationships and our actions, and indeed of political life in all its forms.

It is not easy to know if our world is presently more or less violent than in the past, or to know whether modern means of communications and greater mobility have made us more aware of violence, or, on the other hand, increasingly inured to it.

Jesus himself lived in violent times. Yet he taught that the true battlefield, where violence and peace meet, is the human heart: for “it is from within, from the human heart, that evil intentions come”.

All of us want peace. Many people build it day by day through small gestures and acts; many of them are suffering, yet patiently persevere in their efforts to be peacemakers.

May we dedicate ourselves prayerfully and actively to banishing violence from our hearts, words and deeds, and to becoming nonviolent people and to building nonviolent communities that care for our common home. Nothing is impossible if we turn to God in prayer. Everyone can be an artisan of peace.

Finally, the Chair of CCJP thanked all those involved in helping to make the evening a most stimulating and worthwhile one and in particular the Secretary. He added that this was the 14th year that CCJP had addressed many crucial issues and then ended with a prayer.