Rageh Omaar is a Somali-born British journalist and writer. Formerly a BBC world affairs correspondent, who made his name reporting from Iraq. In September 2006, he moved to a new post at Al Jazeera English, where he presented the nightly weekday documentary series Witness until January 2010. The Rageh Omaar Report, a one-hour monthly investigative documentary in which he reports on international current affairs stories was first aired February 2010. From January 2013, he became a special correspondent and presenter for ITV News, reporting on a broad range of news stories, as well as producing in-depth reports from around the UK and abroad. In 2014 he was promoted to International Affairs Editor for ITV News. 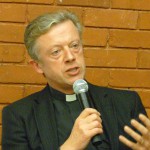 The Reverend Deiniol Morgan was raised in West Wales before graduating with a music degree. He trained as a Church in Wales priest serving as a curate in Bangor and then as Priest in Charge of Llanberis with Llanrug and Llandinorwig. During his subsequent appointment as Minor Canon and Precentor at Westminster Abbey he took a reserve Commission as Chaplain to the Forces.  He became a full time Chaplain in the Royal Army Chaplain’s Department. He has undertaken operational tours of Afghanistan (2009) and the United Nations Tour of Cyprus (2011-12) and also undertaken overseas exercises in Kenya and the Falkland Islands. He is currently Assistant Chaplain at the Royal Military Academy, Sandhurst. 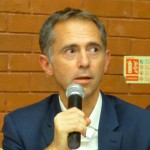 David Peppiatt joined the Red Cross in 1996 as a disaster management advisor, held posts in London and Geneva and worked on operations overseas. From 2002 to 2006, he was head of the Secretariat of the World Bank’s ProVention Consortium. He returned to the British Red Cross in London as head of humanitarian policy, becoming international director in 2009 with responsibilities ranging from international disaster response, support to resilience programmes and organisational development of partner Red Cross and Red Crescent Societies. The Directorate also covers humanitarian policy, advocacy activities, and international humanitarian law. He leads a team of 120 at headquarters and is responsible for British Red Cross staff on international field operations. 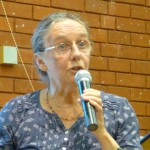 Patricia Cockrell MBE spent a post-graduate year in Moscow and then taught Russian for 25 years mainly in Exeter but also, for one year, at the University of Toronto. She was sent by Quakers to make contact with the peace workers in Slovenia, Croatia and Serbia during the war in Yugoslavia. Appointed to represent Quakers in Russia 1994–96 and to work with others to set up Friends House Moscow, she spent some time in the North Caucasus including Chechnya during the first Chechen war. She served as an ecumenical accompanier in Israel and Palestine in 2010. 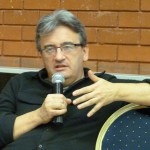 Fergal Keane OBE was born in London and educated in Ireland. He is one of BBC’s most distinguished correspondents, having worked for the corporation in Northern Ireland, South Africa, Asia and the Balkans. He won The Voice of The Viewer award and a Listener Award for his BBC Radio 4, From Our Own Correspondent despatch Letter to Daniel, addressed to his new born son. He has been awarded a BAFTA and has been named reporter of the year on television and radio, winning honours from the Royal Television Society and Sony Radio Awards. He has been named Reporter of the Year in the Amnesty International Press Awards and also given the Index on Censorship Award for Outstanding Commitment to Journalistic Integrity. 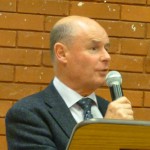 Torin Douglas MBE was the BBC’s media correspondent for 24 years and has reported on media issues for over 40 years. He wrote regularly for The Times, the Independent, the Economist and Campaign, and presented LBC Radio’s media show, Advertising World, for five years. He now speaks, writes and chairs events for a range of media, arts and academic organisations. He’s a trustee of the Sandford St Martin Trust, which promotes excellence in religious broadcasting. He was awarded the MBE in 2013 for services to the community in Chiswick, where he has organised a range of cultural events. He is director of the Chiswick Book Festival.