About the Japanese poet Basho 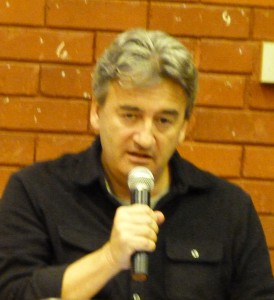 Basho was probably born in 1644 in Iga Province outside of Kyoto, Japan. His father was probably a poor samurai-farmer. As a teenager, Basho entered the service of the local lord, acting as a page. The young lord was only a couple of years older than Basho, and the two became friends, enjoying the playful exchange of haiku verses.

When Basho was a young man, his friend and lord died and the lord&#39;s brother took over the clan. In reaction, Basho left home, abandoned his samurai status, and took to a life of wandering. After several years, he settled in Edo (Tokyo), continuing to write and publish poetry. His haiku began to gain notoriety. Students began to gather around Basho. At about this time, Basho also started to practice Zen meditation.

Basho remained restless, even in his fame. A neighbourhood fire claimed his small house in Edo leaving him homeless, and Basho once again took up the itinerant life, visiting friends and disciples, taking up residence for brief periods only to begin another journey. It was during this time that Basho composed some of his greatest,most natural haiku. Basho returned to Edo in 1691 and died there in 1694. 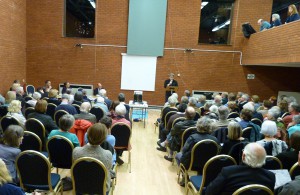 Summer grasses
all that remains of soldiers’
dreams

The whole country devastated,
only mountains and rivers remain.
In springtime at the ruined capital,
the grass is always green.

where is the moon?
the temple bell is sunk
at the bottom of the sea

At dawn the ridge emerges massed and dun
In the wild purple of glow’ring sun,
Smouldering through spouts of drifting smoke that shroud
The menacing scarred slope; and, one by one,
Tanks creep and topple forward to the wire.
The barrage roars and lifts. Then, clumsily bowed
With bombs and guns and shovels and battle-gear,
Men jostle and climb to, meet the bristling fire.
Lines of grey, muttering faces, masked with fear,
They leave their trenches, going over the top,
While time ticks blank and busy on their wrists,
And hope, with furtive eyes and grappling fists,
Flounders in mud. O Jesus, make it stop!

The Road at My Door by J B Yates

An affable Irregular,
A heavily-built Falstaffian man,
Comes cracking jokes of civil war
As though to die by gunshot were
The finest play under the sun.

A brown Lieutenant and his men,
Half dressed in national uniform,
Stand at my door, and I complain
Of the foul weather, hail and rain,
A pear-tree broken by the storm.

I count those feathered balls of soot
The moor-hen guides upon the stream.
To silence the envy in my thought;
And turn towards my chamber, caught
In the cold snows of a dream.
A barricade of stone or of wood;
Some fourteen days of civil war;
Last night they trundled down the road
That dead young soldier in his blood:
Come build in the empty house of the stare.

We had fed the heart on fantasies,
The heart’s grown brutal from the fare;
More Substance in our enmities
Than in our love;

Put in mind of his own father and moved to tears
Achilles took him by the hand and pushed the old king
Gently away, but Priam curled up at his feet and
Wept with him until their sadness filled the building.

II
Taking Hector’s corpse into his own hands Achilles
Made sure it was washed and, for the old king’s sake,
Laid out in uniform, ready for Priam to carry
Wrapped like a present home to Troy at daybreak.

III
When they had eaten together, it pleased them both
To stare at each other’s beauty as lovers might,
Achilles built like a god, Priam good-looking still
And full of conversation, who earlier had sighed:

IV
‘I get down on my knees and do what must be done
And kiss Achilles’ hand, the killer of my son.’