Torin Douglas MBE, was the BBC’s media correspondent for 24 years and has reported on media issues for over 40 years. He now speaks, writes and chairs events for a range of media, arts and academic organisations. He was awarded the MBE in 2013 for services to the community in Chiswick, where he has organised a range of cultural events. He is director of the Chiswick Book Festival. 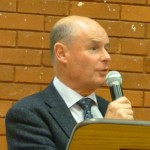 Clare Byam-Shaw is an actress who worked with both the National Theatre and the Royal Shakespeare Company in her 20s, followed by some TV work. For the past 14 years, she has worked as an audio transcriber for blind and visually impaired people. 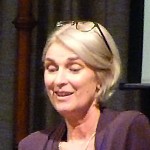 Ewan Stewart is perhaps best known for playing First Officer Murdoch in Titanic (1997). Other film parts include Rob Roy and Florence Foster Jenkins. He has appeared on TV many times including Walter’s War, The Interceptor and Vera and is well known to Only Fools and Horses fans for portraying Dr Robbie Meadows. Theatre appearances include: Jumpy, Much Ado About Nothing and Things I Know To Be True.

Dr Harry Hagopian KOG, KSL, is an international lawyer, political advisor and ecumenical consultant on the Middle East, North Africa and Gulf regions. A leading authority and writer on the Armenian genocide, the mass extinction of 1.5 million people between 1915 and 1917. 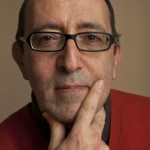 Paula Popa has given recitals in some of the most prestigious concert halls in London including Saint-Martin-in-the-Fields, Saint Paul’s Cathedral. Paula has obtained a Master’s Degree in advanced performance from the Royal College of Music, London. 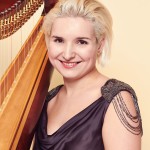 Fr Laurence Freeman OSB is a Benedictine monk and Director of the ecumenical World Community for Christian Meditation was our main speaker in 2014. In addition to his work in the contemplative life of Christianity, he has conducted dialogues and global peace initiatives such as the historic Way of Peace with the Dalai Lama.

Revd Martine Oborne is the Vicar at St Michael’s Church in Elmwood Road, Chiswick where she has been for some seven years. Prior to her ordination around 10 years ago, she worked in the City and she has written children’s books. She is a Governor of Grove Park Primary School. 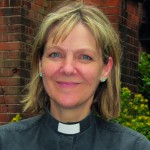 Chiswick Churches for Justice and Peace (CCJP) wishes to thank Christ Church for providing the venue for this event.

It also thanks them together with four other CCJP members:

St Michael and All Angels Church

and Brentford and Isleworth Quakers

for their financial support during the ‘Peace in War’ series.

The World Community for Christian Meditation:

Chiswick Churches for Justice and Peace (CCJP) is an ecumenical association if Christians inspired by the call to love your neighbour as yourself. Our aim is to stimulate local awareness of action on issues of justice and peace, both at home and abroad.